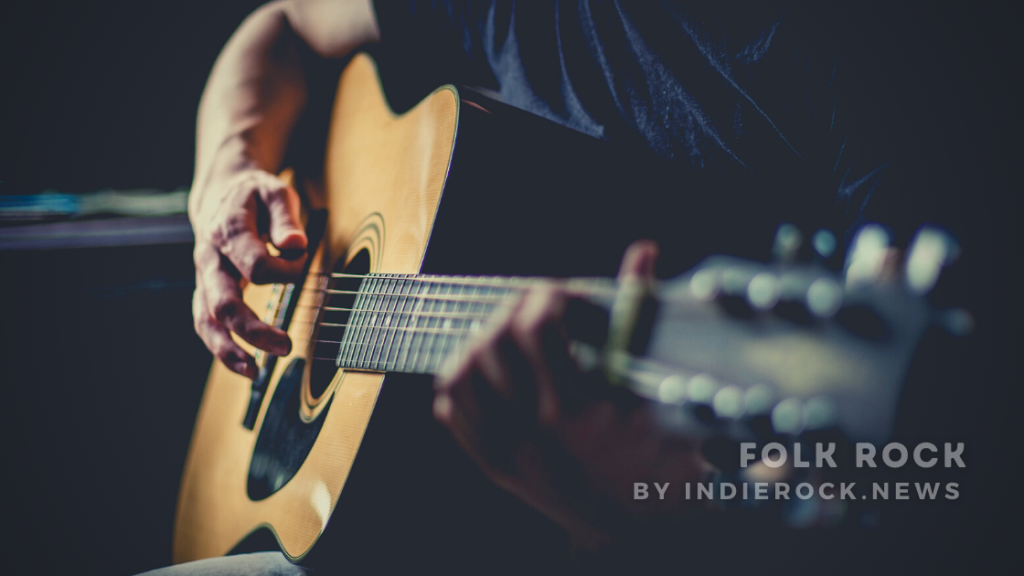 Take a look at some indie music released by independent artists and don’t miss out on the best that music has to offer. It’s time for you to be introduced to some new bands and new songs through this playlist.

The indie culture is thriving in the music scene. From indie rock to indie pop, there’s something for everyone who loves new and fresh music.

Today we’re going to talk about some of the best new releases from independent artists.

This playlist is a great way to start your day, or just relax with some great tunes after a long day. It’s perfect for any occasion!

You can listen to our full playlist which contains the artists’ music, and know more about their work by scrolling down the page.

If you’re looking for a new artist to listen to, we recommend checking out Pete Miller. He’s an indie folk singer based out of Philadelphia, PA, who has just released his new single “Hard To Find.”

This is the third single from the folk/American singer-songwriter. A stripped-down acoustic performance with only vocals, done live in the studio using only acoustic instruments. If you think Johnny Cash meets Townes Van Zandt, then you’re on the right track.

The acoustic guitar riff is catchy, but not overly repetitive–it keeps you focused on what’s coming next rather than getting bored with itself. Miller’s vocals are smooth and clear, but they have an edge to them that makes them stand out against other artists in this genre.

When I first heard this song, it reminded me of some of my favorite artists–like James Taylor or Bob Dylan–but with a more modern twist. The acoustic guitar riffs are crisp and clean, but there’s also something about them that feels raw and unpolished.

He reminds me of something from an old movie soundtrack or TV show theme song. And then there’s Pete’s voice: soft but strong, husky but smooth; it sounds like he’s been singing forever but somehow manages not to sound jaded or worn down by life

If you’re looking for a new artist to follow, check out Anton Commissaris. His new single “She’s Not The Hurting Kind” is a country/jazz/easy listening love song with soulful vocals and a relaxing rhythm.

In my opinion, this song fits best into the rare genre of country jazz. The main sections have a lilting melody with a light swing feel. Following a modulating reflection on past love pain, piano and violin trade solos on the bridge.

He is falling in love again, but he fears falling into the pain of his past love. Finally, he overcomes his confusion and trepidation and decides he should risk a new relationship or forever regret what might have been.

The song is a classic country tune with a jazz twist. It’s easy to listen to and relaxing–perfect for unwinding after a long day or just chilling out on a Sunday afternoon. It also has some soulful vocals that add some extra depth to the track.

Anton Commissaris’ voice reminds me of John Mayer at times (but without as much falsetto), which makes sense because they both have similar styles: easy listening with some soulful undertones. If you’re into this kind of music then check out Anton’s website and follow him on Spotify!

Mike Power is an indie folk singer-songwriter from New York who has just released his new album, Compulsions. This is a relaxing album that will take you on a journey through US based culture, with classic sounds and soft rock. It’s the perfect soundtrack for any relaxing activity–like reading a book or taking a walk in the park.

he has composed and recorded 8 new original songs for the album, and they have been mixed and mastered at Vinegar Hill Sound in Brooklyn. Compulsions is an album produced by Reed Black that features Julie Rozansky on bass, Chris DeRosa on drums, and Luke Cissell on violin. You can get a copy wherever you get your music fix.

The album is full of soft rock instrumentals and classic folk sounds that will make you feel like you’re sitting in a pub somewhere in England. The songs are relaxing and easy to listen to, but they also have a touch of rock that gives them some edge.

My favorite song from this album is ”Day Drinking”. Its so calm and it reminds me of early Bob Dylan. Its perfect for one of my morning jogging’s. The instrumentals are spot on, perfectly played. The production is also really good!

If you’re looking for something new to listen to, check out Mike Power’s new album! You can visit his website at or follow him on Spotify!

MISHKIN FITZGERALD & THE CHEMICAL PERILS is a UK based artist, who has been making waves in the UK and abroad with their new single “Legs Broken.” This song is a blend of country, folk, punk, Balkan music and more. It’s an anthemic song that has a super catchy beat that will get you dancing in no time!

Mishkin Fitzgerald is such a talented singer-songwriter that he can make anything sound good. He has an excellent range and his vocals are strong throughout the track–you can hear how much passion he puts into singing.

The song has a folk-rock vibe, but with some punk attitude thrown in there as well. The vocals sound like they could be sung by either a male or female singer–which makes it even more appealing! It’s got an anthem-like quality that makes you want to sing along with the chorus over and over again.

It’s also got some soul rock vibes going on too which makes it even more interesting. The vocals are incredible and there’s a lot of emotion behind them which helps bring this song to life.

If you’re looking for something new and unique then look no further than this band! Check them out on Spotify or visit their website for more info on upcoming shows/events.

Distant Lights, the debut album from Derby-based artist Trevena, is a gem of an album. The sound is classic and timeless, with hints of rock and pop that make it easy to listen to over and over again.

The album has a variety of different styles, so it doesn’t get boring or repetitive. You’ll hear everything from soft rock ballads to hard-rocking anthems. There are also some country influences on this record, which gives it even more depth than most other albums in this genre.

The instrumentation on each track is varied enough that there’s something new around every corner–you’ll hear everything from acoustic guitars and electric guitars, basses, drums

my favorite track from the album ”Roll The Bones”. Its such a great energy track. It has an uplifting energy to it and makes you happy. The instrumental on this one is crazy good and it blends in with the vocals.

If you love classic rock but haven’t heard Trevena yet, check them out now! Their website has everything you need (including links where you can listen). And don’t forget: follow them on Spotify so you can stay up-to-date on all things Trevena!

In addition to being legally blind, Patrick Lawrence also has albinism. He is currently signed with 9 Live Records, after previously signing with Nashville Entertainment Weekly Records. As a bluegrass singer, performer, writer, and recorder, he does other stuff such as outlaw country.

There have been several occasions when he has been in the news, on TV, and on the radio throughout the country.
As he tells his story, he knows his unique style, look, and story will catch people’s attention and help him accomplish his goal.

It’s the sound of bluegrass, country and trad folk that feels like it’s been with us since the beginning of time. It’s what you hear when you close your eyes and think about harvest festivals and bonfires and dancing around under the moonlight.

It’s the kind of music that makes you want to pack up your car and head out on an adventure, just so you can put it on in the background as you go.

Check him out! Visit his website and follow him on Spotify, you will not be disappointed to what he has to offer!

As the end of the year unfolded, Martin released his final piece of the year, a brand new song titled “It All Feels Like Christmas”. All of the proceeds from the single went to Crisis, a national charity that assists homeless individuals and families.

The single “It All Feels Like Christmas” is a perfect example of his ability to blend acoustic and country in a pop-friendly way that’s sure to please fans of both genres. It’s a power pop song with twee elements that’s been described as folk rock.

Reynolds’ voice is powerful and soothing at the same time; it reminds me of Billy Joel or John Mayer (two of my personal favorites). The instrumentals are simple yet complex: all acoustic guitar strumming with some light percussion here and there. It’s a catchy tune that will stay in your head for days after hearing it!

The instrumental work on this track is excellent; all instruments are given equal attention so that nothing gets lost in the mix, but there are still plenty of layers for each instrument to shine through on its own merit without competing against each other too much.

Check it out! The song is available on Spotify as well as on Martin’s website. I’m positive you won’t be disappointed!

This site uses Akismet to reduce spam. Learn how your comment data is processed. 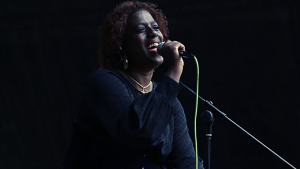 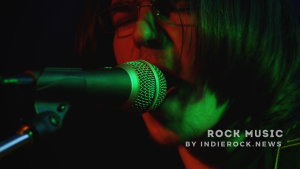 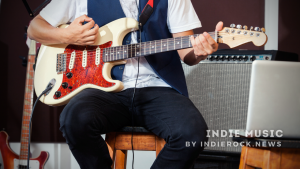 PopHits.Co sends your songs to over 150 music stores, including all main social networks as TikTok, Instagram and Facebook

Music Distribution for Music Labels & Independent Artists - Pophits.Co sends your songs to all music stores and social networks, and automatically distribute them to new stores when available.

You may have missed 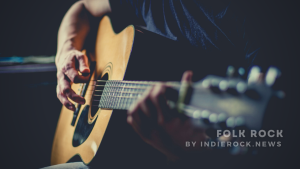